The pinnacle of beyerdynamic’s premium class is called”Tesla”. The specially developed Tesla technology is a milestone in the beyerdnamic innovation history. With Tesla, named after the pioneer of the alternating current Nikola Tesla, expert describes the strength of magnetic field that has an impact on a current carrying conductor. For beyerdynamic Tesla means redesigned transducers which are distinguished by their very strong magnetic drive and transparent sound.

Mobile sound experience throughout your home

Until now, those who wished to enjoy the exceptional acoustics of the T 1 would relax in front of their stereo system with a drink in hand. Despite the powerful Tesla transducers, the flagship from Heilbronn still required an equally impressive hi-fi or headphone amplifier.
The new AK T1p is a different: Even portable devices, such as the high-resolution players from Astell & Kern, allow it to demonstrate its full potential.

With its open design, the AK T1p is particularly capable when it comes to reproducing the full musical wealth offered by high-resolution audio files. Instruments and voices separate from the headphones and create a virtual soundstage. No closed headphones can achieve such levels of transparency and airiness.

Owners of one of Astell & Kern's high-end players can connect the AK T1p directly to the symmetrical output of their portable device using the supplied cable with its 2.5 mm jack plug. As a result, the lead has virtually no impact on the sound, thus allowing listeners to enjoy studio masters with 24-bit resolution or high-res files in DSD format in their full, pure glory – just as the sound engineer in the studio intended. It goes without saying that a standard 3.5 mm jack cable is supplied for all other players.

Perfection "Made in Germany"

Like all other premium headphones from beyerdynamic, the AK T1p is manufactured entirely by hand in Heilbronn.
Featuring Tesla technology of the second generation, it will have audiophile listeners in raptures.
Additional attenuation at the heart of the Tesla driver eliminates even the last traces of resonance in the high frequency range.
Beyerdynamic has also optimised the geometry of the baffle design and replaced the single-layer baffle materialwith a more stable, high-tech compound. This reduces the vibration of the material to a minimum,which in turn delivers even clearer sound combined with ultra-precise bass.

Sound Coupling to the ear 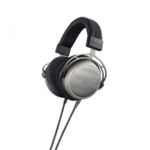 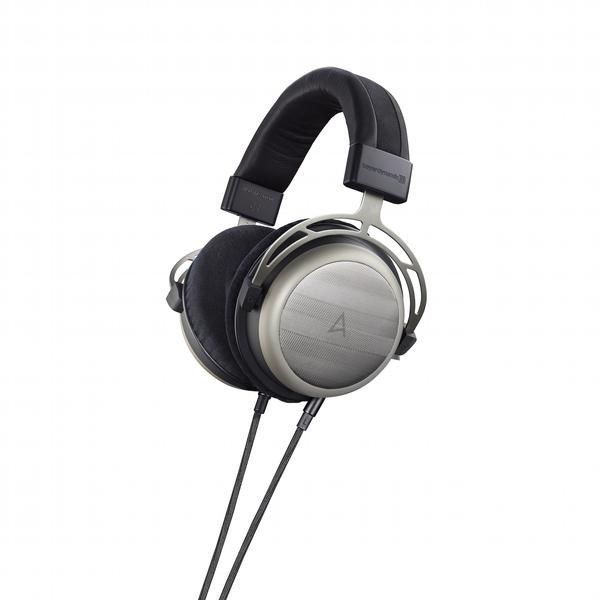