SOLID 1.25% SILVER CONDUCTORS: Solid conductors eliminate strand-interaction distortion and reduce jitter. Solid silver-plated conductors are excellent for very high-frequency applications, like HDMI audio and video. These signals, being such a high frequency, travel almost exclusively on the surface of the conductor. As the surface is made of high-purity silver, the performance is very close to that of a solid silver cable, but priced much closer to solid copper cable. This is an incredibly cost effective way of manufacturing very high-quality HDMI cables.

FOAMED-POLYETHYLENE INSULATION: Any solid material adjacent to a conductor is actually part of an imperfect circuit. Wire insulation and circuit board materials all absorb energy (loss). Some of this energy is stored and then released as distortion. Cinnamon HDMI uses air-filled Foamed-Polyethylene Insulation because air absorbs next to no energy and Polyethylene is low-loss and has a benign distortion profile. Thanks to all the air in Foamed-PE, it causes much less of the out-of-focus effect common to other materials.

HIGH SPEED DATA CAPACITY: All AudioQuest HDMI cables up to 10 meters meet or exceed the 10.2 Gbps maximum data rate for HDMI and are approved High Speed with Ethernet cables. This means that all AudioQuest cables up to 10 meters are capable of transmitting 100% of the data required for all of HDMI’s current audio/video features including multichannel high-resolution audio, 1080p and 4k video, and 3D video from Blu-ray. All AQ HDMI cables will deliver 100% of the data required for 120Hz/240Hz/600Hz displays.

DIRECTIONALITY: All audio cables are directional. The correct direction is determined by listening to every batch of metal conductors used in every AudioQuest audio cable. All signal conductors controlled for digital-audio direction in AudioQuest HDMI cables, and care is even taken to run the conductors used in the Audio Return Channel in the opposite direction to ensure the best performance for that application. Arrows are clearly marked on the connectors to ensure superior sound quality. 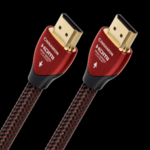 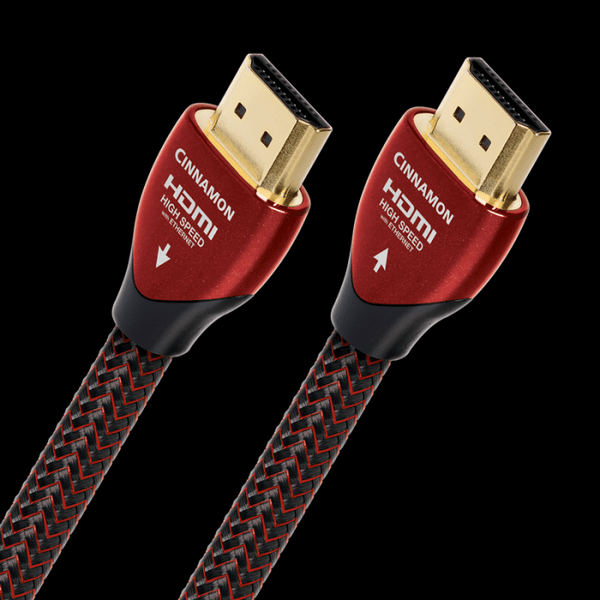