The Adagio series was developed over two years of intensive research. The result is a custom, dynamic 8mm driver unit. This compact driver unit unleashes a powerfully vibrant sound, delivering deep spatial expression and a vibrant "live sound" atmosphere.
An 8mm dynamic driver unit with a small aperture that delivers
powerful sound.
The development of a small aperture driver unit was an extremely complex undertaking. Being small in size necessitated extreme precision across every aspect. Small aperture driver units are prone to producing dull sound, and tuning is likewise difficult. Two years on from the first prototype we created, we completed
a driver unit with the kind of wonderful balance hard to believe with a small aperture and sound quality with
a sense of speed to it. The Adagio V driver unit is an exclusive model that has been tuned in conjunction with a stainless steel housing.
A BAM mechanism that delivers bass tones and deep, three-dimensional spatial reproduction
A BAM (Balancing Air Movement) mechanism developed for balanced armature drivers has been employed with a dynamic driver. By optimizing airflow in the housing, we have achieved the kind of natural bass tone reproduction and deep, three-dimensional spatial reproduction you wouldn't believe of a small aperture.

※ What is a BAM mechanism?
At final, we decided to focus on developing technology for the reproduction of bass tones and three-dimensional space with the full-range reproduction of a theoretically unproblematic single driver unit, rather than taking things in a multiway direction.We went back to the beginning and reviewed the performance of the balanced armature driver, focusing our attention on something we had previously overlooked ? airflow inside the housing. We developed BAM (Balancing Air Movement), a mechanism that optimizes airflow inside the housing through the creation of an aperture in the driver unit, which is usually sealed. While achieving bass tones and deep, three-dimensional spatial representation, which proved difficult with single driver full-range reproduction, we achieved a BA type that at the same time made for natural listening the user doesn't tire of.
A housing form that optimizes airflow at the front and the back
of the diaphragm
Optimizing the airflow in the housing is essential for three-dimensional spatial representation and bass tone reproduction. Aligning the shape of the internal aspect of the housing with the airflow resulted
in a functionally beautiful design that looks like a jet engine.

The Adagio series was developed over two years of intensive research. The result is a custom, dynamic 8mm driver ...
Любими
130,00 лв. 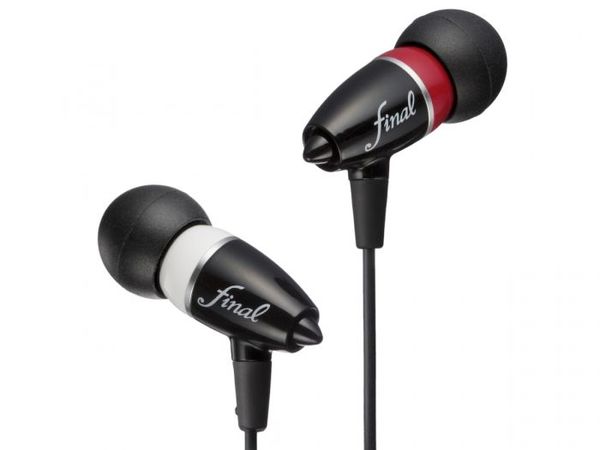