The first balanced armature earphones that reproduce
perfectly natural vocals.
We've taken some core concepts of our Heaven IV earphone, tweaked them and applied them to our new balanced armature earphone: the Heaven 6. We've changed the housing from stainless steel to chrome copper and taken our Balanced Air Movement (BAM) mechanism to a greater level of performance. The result is the first balanced armature earphone that perfectly reproduces the sound of a human voice.
Features
BAM mechanism produces bass sounds and stereo spatial interpretations
With balanced armature driver units, iron is driven to produce sound, and as such, these drivers face a number of problems, amongst which are "proving tiring to listen to", "having sound that is subtle and beautiful, but lacking in depth and being flat" and "lacking bass interval". At final, we decided to focus on developing technology for the reproduction of bass tones and three-dimensional space with the full-range reproduction of a theoretically unproblematic single driver unit, rather than taking things in a multiway direction. We went back to the beginning and reviewed the performance of the balanced armature driver, focusing our attention on something we had previously overlooked ? airflow inside the housing. We developed BAM (Balancing Air Movement), a mechanism that optimizes airflow inside the housing through the creation of an aperture in the driver unit, which is usually sealed. 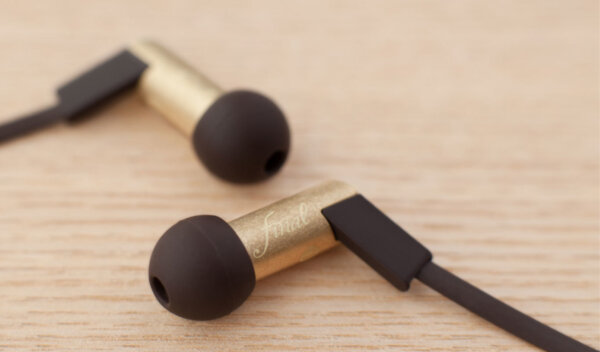